The tragic little burial ground Moreton Bay never knew it had... [PART I]


It's sometimes funny how the mind of an historical archaeologist works...forever on the lookout for the frustratingly missing fragment of historical information, that will finally provide closure on a previously incomplete body of work...or that perpetual drive - deep down - to provide a voice to those who have passed before us, or have slipped below the historical record's radar due to a perceived lack of fame or fortune, or who've ultimately been lost or completely erased from history due to the ravages of time.  But...every so often, the stars align & a welcome series of current events (in contrast to those frustrating historical ones frequently puzzled over by researchers) transpire to provide the necessary kick-in-the-backside for tackling something truly monumental.

Welcome all to the Haunts of Brisbane, & the very first article to grace the blog site in six long years - virtually to the day!

For those who've followed the Haunts of Brisbane over the years, you're likely aware of the many projects upon which we've already embarked (via the blogsite, the facebook page & the YouTube channel), in the hope of not only promoting a wider understanding of Brisbane's lesser-known history, but also via platforms that are publicly available for all & completely free to access (despite the sometimes considerable behind-the-scenes expenses incurred to research & produce content).  With the advent of 2019, the Haunts of Brisbane has also been lucky enough to partner with the Friends of South Brisbane Cemetery & the Boggo Road Gaol Historical Society to launch a schedule of special tours through both Toowong & South Brisbane Cemeteries - from which every cent of tour ticketing is rolled back into cemetery projects.  2019 is fast becoming a definitive year for the Haunts of Brisbane, with a ramping-up of activity & an opportunity to hand back to the residents of the wider Brisbane region, in the form of our shared & forgotten history.  The following article (in two parts), details a component of a much wider current project (personally funded, to date), which not only furthers our interpretation of a well-known historical asset located in Moreton Bay, but additionally fulfills the tenets of historical archaeology - "Providing voice to the voiceless."

One of my fondest childhood memories, given my overwhelming desire to become an archaeologist "when I grew up," was a pending primary school trip across Moreton Bay to the mystical isle of St. Helena.  Classroom talk at school centered around the island's history, in-so-much as there'd been some "convicts" there, & it was a terrible place...complete with a fleet of man-eating sharks trained to attack anyone who tried to escape, & a massive cannon (presumably to ward off a pending pirate attack, we kids surmised!).   However, in the immediate lead-up to the excursion, my mother imparted a genealogical clanger - my great-great-great grandmother & her newborn child were buried somewhere on the man-eating-shark pirate convict island, & I should question the tour guide as to whether their whereabouts were known.  Irish immigrants, who'd boarded a ship in search of a better life in the southern hemisphere, they'd both passed away at sea & had been (I'd interpreted) unscrupulously dumped on the island in an attempt to cover up their deaths.  Their immigrant ship was apparently on the $5 note, & the burial site had alluded any genealogical research to date.  I still distinctly remember dropping my St. Helena grenade in front of the tour guide on the fateful day, complete with the stunned look I received in reply - my g-g-g grandmother's location would remain a mystery!

The ship depicted in the top right corner of the 1967
Coombs/Randall $5 note is, in fact, the Waverley, not
my great-great-great grandparent's vessel.

Jump forward almost a decade to 1993.  Now in high school, school-endorsed work experience reared its opportunistic head - as friends approached the local fast food outlets, I submitted an application with Queensland Parks & Wildlife, due to a very timely media segment detailing archaeological work taking place on the island at the time.   To my actual shock, I was accepted, & traveled to St. Helena to live on-island for a week - whilst it transpired that all archaeological works had ended just prior to my arrival, the week was spent working away on constructing cattle fences, mixing & applying sacrificial render to the remaining building facades, wrestling with kevlar chaps whilst maneuvering whipper-snippers in the long grass, & generally exploring every accessible inch of the island in search of my ancestors' graves...to no avail.  During my university studies, two additional opportunities arose in the late 1990's to spend a further two week-long stints on the island, whilst undertaking archaeological assemblages analyses...however, any further attempt to shed any amount of light on my g-g-g grandmother's final resting place still alluded me.

With the eventual advent of the Haunts of Brisbane blog, & a renewed interest in producing historical content, I delved a little further into my g-g-g grandmother's story in August 2012, as a part of a wider article on a murder at Downfall Creek (current day Lutwyche).  The foul deed, committed in the stables area of the Edinburgh Castle Hotel in 1889, indirectly involved my great great grandparents - one of whom was Michael Goodwin, the son of my mystery g-g-g grandmother, buried on St. Helena Island.  As a child, he'd boarded an immigrant vessel at Gravesend in England on the 18th of February 1852, with his father, pregnant mother & nine siblings.  Hailing from the port village of Foynes, within Ireland's County of Limerick, the family was likely rattled by the well-documented "Great Famine," which had run roughshod over swathes of western Ireland in the years leading up to 1849-1850.   As word spread that English agents were advertising "bounty" schemes (assisted immigration), ofttimes with a promise of land in the new colonies, the family apparently heeded the call alongside a number of their fellow countrymen, & made their way to England & a new life in the southern colonies - boarding a ship by the name of the Maria Somes (Maria Soames), a vessel that had cut her teeth many times over on the Australia run, as a notorious convict transport.

After 116 days at sea, the Maria Somes finally came in sight of Mt. Warning & the promise of a new start in the Colony of New South Wales (Queensland's separation would not occur for another seven years, in 1859).  On sailing a further three days in search of the entrance to Moreton Bay around Cape Moreton, the ship's Captain realised they'd horribly overshot their mark, & were now sailing past Sandy Cape on Frazer Island.  In a panic at the oversight, & the fear of falling foul on reefs in the region, the Maria Somes went about in the hope of a quick return to Moreton Bay...unfortunately, the weather would dictate otherwise.  No sooner had a reverse tack been made, than the ship was hit with a downward blast, "strong enough to blow the masts out of the ship."  After days of stormy weather & high seas, the Maria Somes finally anchored off Moreton Island....& it was here, after almost a week in delays & just short of landfall, that my heavily pregnant great-great-great grandmother Johanna went into labour.

Despite the best efforts of the ship's skilled surgeon, both Johanna & her baby died on board the Maria Somes, within sight of the Glasshouse Mountains & the mouth of the Brisbane River.  Before the ship was boarded & inspected by the necessary authorities for granting pratique, Johanna & her newborn child were hastily buried on the shores of St. Helena Island - then nothing more than a wooded island on the approach to the free settlement of Moreton Bay, pre-dating the St. Helena Penal Settlement by fifteen years.  The whole sad event, culminating at St. Helena Island & documented by the Reverend Henry Berkeley Jones, was published in the book, Adventures in Australia in 1852 and 1853:

"There we interred a poor emigrant and her infant child, who died just as she had completed her voyage, leaving her husband the guardian of ten surviving children - a heavy charge and drawback to this poor man, who was a peaceable, well conducted Irishman."

And thus, the earliest identifiable European burial on St. Helena took place...an event that, short of a few vague 1852 newspaper articles & a brief mention in the above book, may well have slipped by unnoticed & unrecorded.  Johanna's death & that of her child, occurring prior to landing on terra firma, went unrecorded in the official death registry.  But for the space of two short years, their tragic passing may have at least rated a mention - from 1854 onwards, all births, death & marriages at sea were required to be recorded in ships' logs, with a further requirement that collected records would then be passed on to the Registrar General of Shipping & Seamen on reaching the next British Port, after which records were then to be forwarded to the General Register Office in England.  Johanna & her child were not so lucky in 1852 - their deaths went virtually unnoticed beyond the living memories of the family they left behind to settle at Moreton Bay.

A few years after the Haunts of Brisbane article briefly touching on Johanna's story was uploaded, another fantastic historically-focused blog took form in late 2017.  Published by Belinda, a very skilled fellow historian & storyteller, The St. Helena Island Community (& associated facebook page) published another great article identifying three immigrant burials on St. Helena Island, in April 2018.  Entitled "3 graves that can't be found,"  Belinda identified three individuals buried on St. Helena Island prior to the opening of the Penal Settlement, two being immigrants from immigrant vessels entering Moreton Bay in 1862, and a third being the wife of the Settlement's early building supervisor in 1865, prior to landing of prisoners on the island.  On reaching out to add my g-g-g grandmother & her child to the list, Belinda followed up with an additional article entitled, "5 graves that can't be found."  With that article, the total number of burials pre-dating St. Helena Island's conversion to a Prison Settlement has rested.  Furthermore, given the sporadic unofficial record of burials - a double burial in 1852, 2 somewhat unassociated burials in 1862, & a further burial in 1865 - one could imagine that these individuals were interred in a hap-hazard manner, in isolation, at various unknown locations around the island's perimeter.

However...what if St. Helena Island's shores hold more than just five immigrant burials??  And...what if those burials likely rest within a forgotten little cemetery that has been completely lost to history, totally unrecorded, still to be located below the Island's sandy surface??  The Haunts of Brisbane's recent research cracks wide the above two questions, & markedly expands the interpretation of St. Helena Island's history! 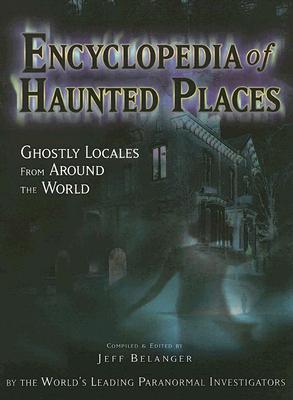